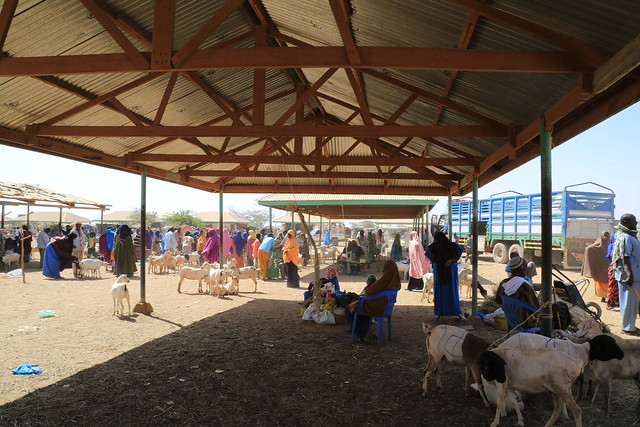 From far it looks plain and disorderly, but at a closer look and brief interaction with the different actors, the story is different. It is a tale of thousands of people who flock to the livestock market daily to making a living. Being one of the largest livestock markets in the Somali eco-system and probably the largest in Somaliland, Burao livestock market is full of life.

It is an open market that brings together thousands of people daily, from various backgrounds.

The market does not only serve the actors in the value chain, such as producers, traders, middlemen and the tax collectors. It is also a source of livelihood for hundreds of people, which can be referred to as sub actors, they include, dozens of restaurateurs, milk sellers, tea sellers, miraa (khat) sellers, kiosks, animal transporters and loaders etc.

The main market serves goats and sheep trade only, the cattle and camel market is some distance from the main livestock market. Whereas there are no official figures on the daily transactions, it is thought that hundreds of thousands of dollars (can be millions of dollars during the high seasons) change hands daily. In the market two groups of livestock are sold, one group for local consumption and another for export. In that regard the market contributes immensely to the local economy.

In a nutshell, there are so many people who flock to the market for a good reason. Some sell animals, some buy, others buy and resell. It looks so simple from outside, but in reality it is a market that is full of life, every day the market serves thousands of people and the majority of them are not the main actors.

The following is a systematic flow of the market cycle: 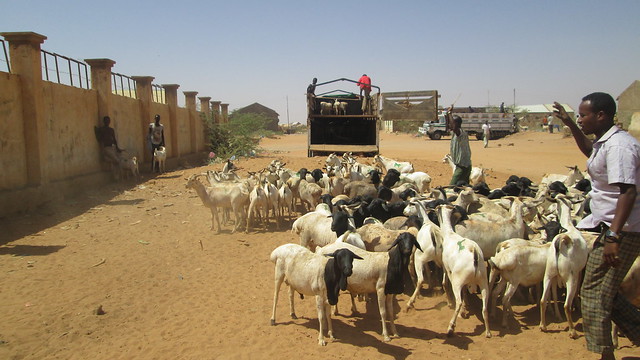 Shoats being loaded on truck.